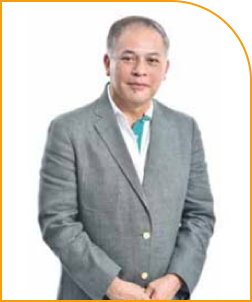 He obtained his Diploma in Police Science from Universiti Kebangsaan Malaysia in 1989. He started his career in the police force on 6 November 1975 as a probationary inspector. Tan Sri Mohd Bakri was appointed as Deputy Inspector General of the Royal Malaysia Police Force on 17 May 2013.

Tan Sri Mohd Bakri has also served as Assistant Director of the Criminal Intelligence Unit in the Bukit Aman Criminal Investigation Department before being appointed as Sabah CID Chief in 2003.

In 2008, he was appointed as Director of the Criminal Investigation Department, Bukit Aman. Since June 2016, he is a member of the Police Force Commission Board.


Length of service as Director since the last appointment up to 18 May 2021:
4 years 11 months


Present Directorship(s) in other Public/Listed Companies:
He does not hold any directorship in other public companies and listed companies.