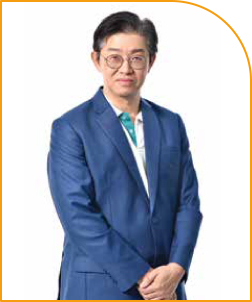 
Working Experience:
He commenced his accountancy career in 1985, with a 4-year articleship with BDO Binder as an Article Clerk before furthering his career in 1990 with Ernst & Young as an Audit Assistant, where he had completed his MICPA examination.

In 2005, he became the Finance Director of VHQ Group of Companies, overseeing the accounts, finance and corporate secretarial matters in Malaysia, Singapore, Indonesia, Thailand, Vietnam and China.

Before he was appointed as the Financial Controller of the Group, between 2012 to 2017, he provided general management consultancy and GST services in Malaysia.