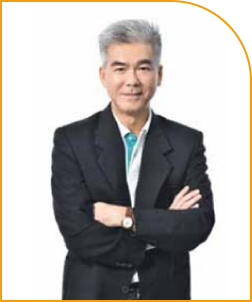 Mr. Leong Fook Heng, male aged 62, was appointed as an Independent & Non-Executive Director of the Company on 17 August 2015.

Mr. Leong began his career as the Marketing Officer in a Credit & Leasing Company in 1981 and subsequently rose to the rank of a Branch Manager. He was then promoted as Senior Manager, Head of Corporate Banking, specializing in Equipment Finance/SME lending at a Financial Institution for more than 14 years.

In 2001, he joined Citibank Bhd as Vice President, Head of Asset Based Finance Division and was also appointed a Director of Citicorp Capital (Malaysia) Bhd. Thereafter, he joined a local Bank and held the position of General Manager, Business Banking for more than 5 years.

Subsequently, he joined an International Banking Group, which owns Banks operating in 14 countries, as its Group Head, Risk Management. He was also a Regional CEO at one of the Banks and a Board Member of another two Banks within the Banking Group.


Length of service as Director since the last appointment up to 18 May 2021:
5 years 9 months


Present Directorship(s) in other Public/Listed Companies:
He does not hold any directorship in other public companies and listed companies.